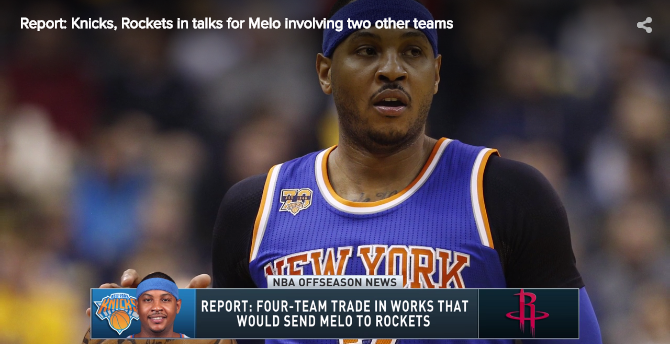 It’s no secret the relationship between the Knicks and Anthony soured significantly the past year, in part because of former team president Phil Jackson’s attempts to coax Anthony into waiving his no-trade clause. Now, it seems, the Rockets appear motivated to get a deal done to take the 10-time All-Star off New York’s hands. Here’s more details on the trade talks from ESPN. read more at cbssports.com