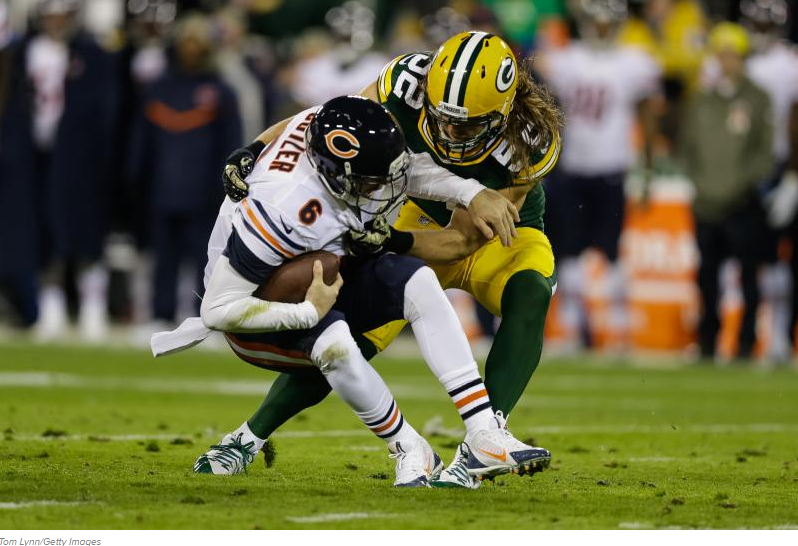 Green Bay Packers outside linebacker Clay Matthews said he’ll miss getting sacks against former Chicago Bears quarterback Jay Cutler, but noted he hopes the team’s new starter will be “equally willing” to help bolster his numbers.
On Tuesday, Charean Williams of Pro Football Talk passed along comments Matthews made about his past success taking down Cutler during an appearance on the Rich Eisen Show:
“Listen, I always enjoyed playing against Jay. Obviously, he rubbed some fans the wrong way. I know people get on him about his nonchalant attitude, but I always enjoyed playing against him. I’m glad I got a lot of sacks against him. I’ll miss that the most. Clay Matthews Says He’ll Miss Jay Cutler Padding His Stats with Bears QB Retired